I was eating an English cucumber the other day and as I ate, I started to wonder just how many calories the cucumber had. I mean it is rather long and skinny and I surmised that if I took a rolling pin and flattened the cucumber out, there wouldn’t be much left except some green pulp and a lot of water.

OK, so I did it and after everything was squished down to green slime, I put it all in a measuring cup and to my surprise, there were only 1/3 of a cup of cucumber remnants. So, 1/3 cup from a cucumber that was at least 10 inches long and 2 inches thick. I felt ripped off, because a pack of two cucumbers cost me about $3.00.

Of course, I was stuck between a rock and a hard place because I was sure that my local grocery store would not take the cucumber back in its present shape.

I moved on to deeper thoughts about the vegetable, like how many calories could that cucumber contain. After checking online, I found that my 1/3 cup of cucumber had 10.5 calories.

That certainly isn’t much and I could eat several hundred before I reached my Total Daily Energy Expenditure (TDEE), so I was very happy. This must be one of those negative calorie foods that I have heard about. I don’t think there really are any negative calorie foods, but the idea is that it takes more calories to eat and digest the food then the calories that the food contains. You can eat all the cucumbers that you want or can stand to eat and come up with a net weight loss.

That’s not so bad but I knew that I didn’t want to eat only cucumbers for the next 3 months to lose 40 pounds. My plan now was to find out what other foods were negative calorie too. I had a few ideas in mind, and I knew that eggplant had to be on that list because I knew it was mostly water, or so I thought.

Raise you hand if you didn’t think that citrus fruits were on the list. If you want a dose of Vitamin C and like to drink orange or grapefruit juice, then this is the way to go.

Several studies have shown that citrus can actually help get rid of unwanted body fat, which is a good thing. Here is a little hint if you really wanted some negative calories. Eat kumquats! The small citrus is a real treat and tastes a lot like an orange. The best thing is that it is about the size of a cherry tomato, so it has a low caloric count.

Apples are full of all the good stuff that you need, like vitamins and minerals. Apples also contain pectin and folic acid which help to increase your metabolism and we all know that an active metabolism means max calorie burn.

A medium size apple has about 85 calories in it and it’s estimated that it takes 120 calories to eat and digest the whole apple.

Watercress, arugula, swiss chard, bok choy and the list goes on. I remember when kale was just a garnish that nobody ever ate. Now, if you eat kale you are on the cutting edge of nutritional food. If Bubba had grown up on a kale farm, Forrest would have gotten rich off the vegetable instead of shrimp.

You can barbeque it, boil it, broil it and sauté it. There’s kale kabobs, kale creole, kale gumbo, OK you get the idea. Lots of vitamins and minerals in all the green leafies. At only 33 calories per cup, you can eat as much as you want.

Great little fruits that are rich in beta-carotene, this carotenoid helps protect against many forms of cancer, heart disease and vision problems. Studies have found that apricot eaters receive a metabolism boost and have fewer problems with the eye.

One small apricot is about 17 calories.

The great thing about this little veggie is that you can eat the whole plant. The radish itself is a spicy little tidbit that will liven up any salad. The greens can be steamed and eaten like spinach or cut up and mixed into your salad. Jam packed with folate, B vitamins and calcium, the radish has but 12 calories per 1/2 cup.

Usually the mushrooms you see at the grocery store or farmers markets are white button mushrooms, creminis and portabellas. All are very tasty, and a good portabella can make you think that you are eating a steak.

I have noticed that some stores are increasing the varieties available and now I almost always see the long skinny enokis that work well in Japanese cooking. A cup of these little fungi contain about 20 calories, so eat away. Lots of different ways to eat mushrooms but my favorite is sautéed in a little bit of canola oil, soups and salads get a big lift from mushrooms.

Have you ever heard of the cabbage soup diet? It was a mixture of copious quantities of cabbage, roma tomatoes and flavored with salt and pepper. If you ate it every day for a week, you could lose 10 pounds and much of that weight loss was accomplished by expelling gas day and night.

Cabbage may be considered a green leafy vegetable by some folks, but we put it in a separate category because we love to eat it so much. Weighing in at 22 calories per cup, this veggie will add its mellow taste to salads and main courses. Also high in fiber, which is why it may make you fart if you eat too much, but that just goes along with the territory.

By the way, try cutting up some cabbage, add a little oregano, salt and pepper along with a tablespoon of apple cider vinegar and you have yourself a tasty healthy snack.

If you haven’t tried it, take a stalk of celery, fill it level with peanut butter and then space raisins along the length of the stalk. The raisins are the ants sitting on the celery log, pretty tasty too.

One stalk of celery is 6 calories and you can chop up the leaves for a salad garnish. If you are serious about weight loss, the peanut butter and raisins might up you daily calorie count, so be careful.

One of the joys of eating watermelons was spitting the seeds. Everybody spit the seeds, dads, moms, aunts, uncles and cousins. It was one of the rites of summer, then one day somebody came up with the seedless watermelon and for a long time the ones with seeds weren’t available.

Well they’re back now and considerably cheaper. It really doesn’t matter if the melon has seeds or not, because it is still sweet and tasty. Here is the great part, only 80 calories for 2 cups of watermelon. This may be a little high, but it takes mucho calories to digest a watermelon, so it fits nicely into the negative calorie food realm.

We already learned what the cucumber has to offer. Just eat it!

Whether these foods are really negative calorie, if there is such a thing, really doesn’t matter. Low calorie and tasty are what’s important and since these foods are normally combined with other carbs, proteins and fats, you can really eat as much of them as you can handle. What, no eggplant? Enjoy! 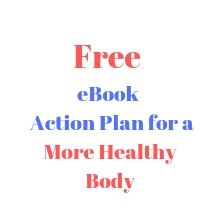